This guest blog is written by Lindsay Thomas who is Director, Sustainable Risks Ltd and a former FSA supervison director

The Greek crisis goes on, the Euro weakens, Cameron can conveniently continue to blame the Eurozone for his policies failures while looking tough while vetoing their attempt at coordinated action. Why has the Eurozone become the centre of this on-going global crisis? And why is Greece the centre of attention?

Virtually all the world enjoyed the binge on vast liquidity and artificially low interest rates for too long. Greece is as central to this crisis as Northern Rock was to the failure of Lloyds and RBS – its small but just came first. This crisis, it’s the same one since 2007, is a global crisis – government, corporates and consumers all took on more debt than they could afford because it was so cheap and so readily available. Of course, the bankers helped everyone to as much as they could and took the vast bonuses because they were so clever and successful. When it comes to total debt not just government debt  as a proportion of GDP then the Eurozone as a whole is a poor third to the US in second and the UK well out front. So why is the Eurozone the centre stage of this crisis now? Is it basic flaw in the Euro project?

The Eurozone certainly has all the standard symptoms of advanced economies in this crisis – high debts and overpriced assets leading to insolvent banks. Well, there are flaws as they recognise and the straightjacket of a currency union has its disadvantages (the Euro gold standard) but the biggest cause for the Eurozone being so different to the US and UK is Quantitative Easing.

I describe QE as taking methadone to get us off the heroin of too much liquidity and too low interest rates. Our methadone in the UK has been £275 billion of printing money to have even lower interest rates and even higher liquidity. Brown correctly persuaded others at least to boost their economies, if not adopt QE, to avoid the cold turkey of the immediate shocks of waking up to a heroin addiction.  Methadone allows one to plan and progressively withdraw the drugs. The US adopted the same approach to the tune of $1.25tn.

But still why is the Eurozone the centre of the crisis if it had a lower debt to GDP? The answer lies in both the structure of the Eurozone and the attitude of the ECB. The Eurozone has not undertaken anything like full scale QE until just before this past Xmas when it started with a long term €500bn loan facility.  This is because the ECB does not have a mandate for propping up countries (QE was completely unforeseen when the mandate was created) and the ECB fears that QE, with it inflationary implications etc, amounts to debasing the currency and therefore should be avoided at almost any cost. A new head of the ECB has changed the attitude recognising ‘any cost’ is what they had reached. Expect the ECB to undertake at least another €1tn set of three year lending.  Now the ECB is undertaking a form of QE you will see panic in the Eurozone government bond market subside as it did forUK and US.

In summary, the ECB backed by Germany and France, bravely or foolishly, decided to go cold turkey to force as much political alignment as possible before they reluctantly took the methadone.

Whether it will promote sustainable growth is quite another matter. Getting off methadone ( I am no expert on that) will, in a financial sense, require rebasing asset values, deleveraging in the retail, corporate and Government debt (not all at the same time), allowing interests rates to rise but most of all reaching agreeing on all this between the world major economies alongside trade and currency coordination. Something Cameron does not find so convenient politically and his ‘being first to rush for the exit’ strategy brings failed captains of another type to mind. We should stick withEurope- being part of a collective solution not going it alone recognising we have achieved very little ourselves yet and we need all the friends we can get.

I was extremely disappointed to learn this morning that George Osborne has decided to ignore the sound advice from the Co-operative Party over the sale of Northern Rock. 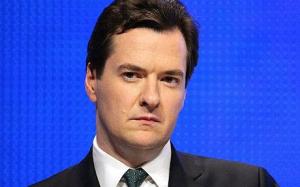 Our Chancellor - Blinded by Ideology

The Co-operative Party’s proposals, which I support, advocated for a re-mutualisation of Northern Rock. Mutual ownership is the best solution for ensuring a stable long-term future for these companies, and ensuring that the expense undertaken in their nationalisation will deliver for consumers in the long term.

During the 1980s the Conservatives under Margaret Thatcher embarked upon an ideologically-motivated demutualisation of co-operative financial institutions. It was many of these institutions, such as Northern Rock, which then subsequently failed due to over-risky lending, plunging us into a financial crisis.

Given that the policy of enforcing a complete privatisation of the financial sector has shown not only to have failed but to have done so with dire consequences to the entire country, it is clear that this decision is motivated by blind ideology rather than the best interests of the country.

In addition to the lessons of history there are other reasons why this decision is catastrophic. Firstly, if Northern Rock is auctioned off now then the taxpayer will actually make a loss on the sale: according to the Times the bank, which was given an injection of £1.4 billion of taxpayers’ money, is only expected to fetch about £1 billion when auctioned. This means that taxpayers money will be used to subsidise a private purchase whose profits will then go to line the pockets of the City’s wealthiest.

Secondly, in privatising the bank the government is relinquishing any opportunity it has to force its practices to be more consumer friendly. The least the taxpayer should gain from such an expensive purchase is the assurance that the currently nationalised banks will be pressured into providing accessible lending for those struggling during these difficult times. George Osborne however, has now demonstrated just how little he cares for those small businesses and first time homeowners who were most affected by the crisis and who our financial services are currently failing.

This is simply another example of how this deeply political chancellor is putting his own personal beliefs above the needs of the people and future economic stability and growth. It also highlights just how unfit he is to be in charge of our country’s economy. I urge you to support the Co-operative’s proposals by signing up to their campaign to reverse this decision.