London’s Turkish Cypriots hosted an event to be proud of yesterday afternoon.  Held in the “Cyprus Kitchen” in Green Lanes, two of Labour’s Euro candidates, Nilgun Canver and Emma Jones plus myself  addressed a meeting of Turkish Cypriots on Europe and specifically Laabour in Europe.  We were joined by MPs Joan Ryan from Enfield and Andy Love, Tottenham.

The debate, chaired by Turkish Cypriot community stalwart Hassan Raif, was lively and interesting.  As you would expect, the Cyprus problem featured heavily as did Turkey’s possible accession to the European Union.  I am confident of a high level of support for Labour from Turkish Cypriots.

Following the meeting, we were invited to a meal at the “Cyprus Kitchen”.  My thanks to all those involved in this for their hospitality and special thanks to Hassan Raif for organising the event. 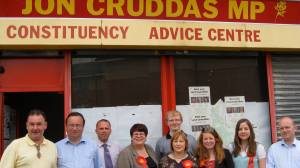 Dagenham on Saturday saw many of us on the knocker.  I spent some time out and about meeting those who had decided to spend the bank holiday weekend at home.

I was especially pleased to see John Biggs whom I have known for over 20 years.  Many thanks to him, John Cruddas and Dagenham Labour Party 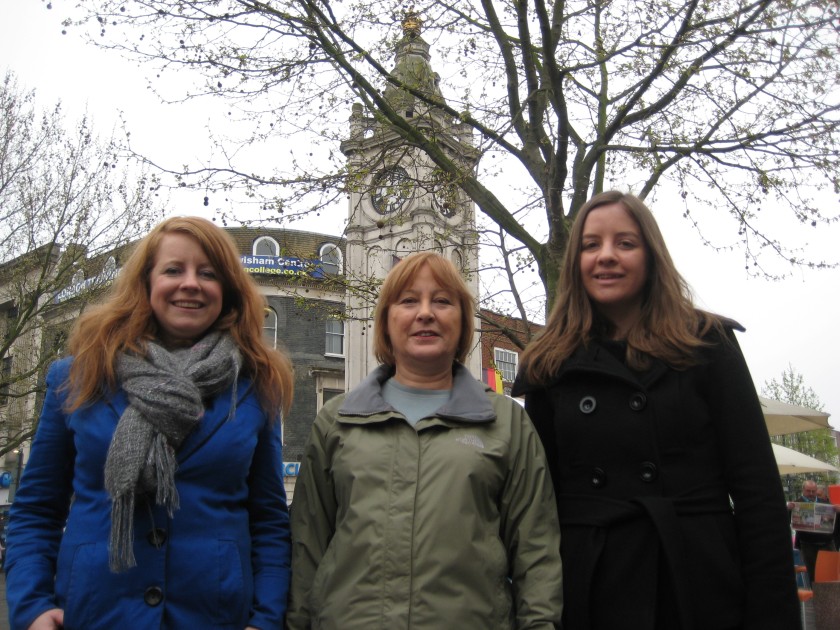 Easter Saturday saw me campaigning for the European elections in Lewisham.  The local Labour Party organised a street stall and, together with my fellow Euro candidates Emma Jones and Anne Fairweather and several local activists,  I handed out a newspaper style leaflet on Labour in Europe in the street market, a busy place even on a holiday weekend.  My thanks to Ken Clark and the London Labour Party for producing the literature, the second such leaflet we have had for the European elections on 4th June.  Thank you also to all the Labour Party members who organised the day.