Tougher consumer rights, introduced on 13 June, will give more protection to customers making purchases online. The new rules, which come from a European Union directive made in 2011, will also put an end to exorbitant credit card fees set by retailers for those making purchases online. And it will give consumers a 14 day cooling off period after they’ve made a purchase in which they can change their mind. The job for the Commission will be to ensure the new rules are properly enforced.

Consumer groups such as BEUC, the European consumers’ organisation, are hopeful this will spell an end to “many everyday consumer headaches to do with dodgy online business practices,” said BEUC’s Director General Monique Goyens.

The Commission is well aware that it will have to ensure the legislation is properly enforced, as Neven Mimica the Commissioner for consumer affairs said that “enforcement action would be a priority”. You can read more here (N.B. You must register for free to read the article in full.)

Alan Johnson was interviewed for the latest edition of New Statesman. During the interview he talks about Theresa May’s disloyalty, calling some of her most recent actions ‘despicable.’

He also offers views on men who wear cufflinks but not double cuffs: “Never trust them”, he says. Sage advice, perhaps!

But it’s his views on disadvantaged young people that are most striking. He suggests that it’s unlikely that anyone can ‘come in like I did’. Meaning it is unlikely that anyone from a similar background to his own would ever get elected to Parliament today. What a terrible concern to think that Parliament may continue to be dominated by and be the preserve of white, middle class, men.

Johnson was interviewed by the Statesman as his memoirs are published to critical acclaim (he has already won the Orwell Book prize for political writing and the Royal Society of Literature Ondaatje prize.) You can read his interview in the latest issue, more details here.

As the debate over Jean-Claude Juncker continues the Telegraph’s James Kirkup observed a ‘despondent Cameron’ last week. Kirkup said of Cameron: “David Cameron sounded like a man expecting defeat over the fight to stop Jean Claude Juncker becoming head of the European Commission. ‘I will go on thinking its wrong right up until the end,’ he said. Mr Cameron’s despondency follows signs of a change of heart in Berlin. Angela Merkel, previously lukewarm about Mr Juncker, is now said to be fully supportive.

“Failing to block Mr Juncker would be a disappointment for Mr Cameron, as his gloomy demeanour today demonstrated: the PM has staked a lot of capital on blocking the man he regards as a champion of old-school federalism.”

As I’ve stated previously Cameron’s negotiating efforts over the issue of the Commission President have been less than satisfactory. He has comprehensively failed in his attempts to stop Juncker and has let us down over this.

As ministers are locked in a last minute battle to axe child benefit payments to over 16’s so it came too light that the RAF is expected to lose between 6000 and 9000 airmen and women.

Next Wednesday the chancellor will unveil the final detail of the Comprehensive Spending Review but this morning he refused to be drawn over the detail in an appearance on the Andrew Marr show. Also being interviewed by Marr was the new Shadow Chancellor Alan Johnson. 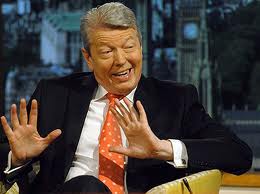 Patrick Wintour, the Guardian’s political editor wrote on Friday how a ‘battered’ Nick Clegg will enjoy some respite when he will announce the delivery of one of his party’s central manifesto promises – a pupil premium for 1 million disadvantaged children.
The announcement will offer Clegg some much needed respite, says Wintour, after he was forced to tear up the party’s manifesto commitment to abolish university tuition fees and instead back Conservative proposals to double them. You can read the article in full here.

Next week MEPs will vote on changes to the existing EU rules on parental leave. I am a great defender of strong rights for both working mothers and fathers, but I am concerned that Parliament doesn’t end up undermining the rights of working women, albeit inadvertently, and particularly those on lower pay.

We will be debating the issue on Tuesday and a vote will take place on Wednesday.

I will keep readers informed of any developments on my blog and twitter account. And tomorrow I will be discussing this very issue on Woman’s Hour, on Radio 4.

One week into Ed Miliband’s leadership and he’s announced his shadow cabinet. The biggest surprise, of course was that Alan Johnson rather than either of the other favourites Yvette Cooper or her husband Ed Balls who are now Shadow Foreign Secretary and Shadow Home Secretary respectively, is now the Shadow Chancellor.

The  choice of placing experienced characters in the shape of Harriet Harman and Hilary Benn alongside some of new and emerging names provides an exciting and formidable opposition.

The greatest achievement, however, is that this shadow cabinet has one of the greatest balances in its gender equality, something which female politicians have worked so hard to achieve, and most recently this has been driven by Harriet Harman. 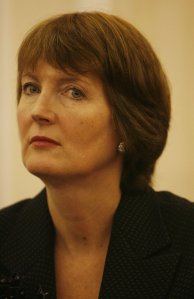 Anne Perkins in Saturday’s Guardian explores the long story of how change (in refference to gender equality) was slow, hard-fought and a result of the determination of a handful of women. You can read Anne Perkins insights here.

We ALL will of course be following Ed Miliband this week when he takes to the despatch box for the first time as leader of the party and battles it out at PMQ’s.

On the other side it was announced this morning that the Business Secretary’s plan for a graduate tax has been abandoned. What his party will think of this remains to be seen, but judging by initial reports, they will have much to say, nd it won’t be wholly supportive.

In an email to party members and on the eve of the publication of a significant review of party funding he has conceded the case for higher tuition fees. The report is expected to reveal that  the current cap on fees, £3290, should be lifted.

The full story is in today’s Observer, which you can read here.

The season of calendar buying is upon us- but calendars being used as a tool of political activism is not something I’ve come across before. Last week a group of Russian journalism students posed for a birthday calendar for Russian PM Vladimir Putin. Meanwhile six students from the same university (the Moscow State University) posed for an alternative calendar in which they symbolically taped their lips together and speech bubbles provided awkward questions, such as ‘Who killed Anna Politkovskaya?’

This is a brave and savvy way to challenge the Russian government and is not a form of activism we have seen before.

As Stephanie Merritt points out in her article (which you can read here, see the third story) perhaps a British offering may have Alan Johnson, mouth gaffer taped while asking: ‘Who killed the recovery?’ Any more thoughts on what the other 11 months could depict?

I was delighted to go to the Croydon Labour Parties Gala Dinner yesterday evening.  Held at the Hilton Hotel in Croydon it was, as ever, a delightful occasion, a chance to catch up with old friends and enjoy a really good evening.  Thanks to Tim Godfrey, the Labour Party organiser in the area, and everyone else who worked so hard to make the event such a huge success.

Home Secretary, Alan Johnson, did us all proud as the guest speaker.  A former Croydon Labour Party Member and CWU supremo, he was totally at home with his audience.  Alan also filled a table with old CWU colleagues. including Billy Hayes. 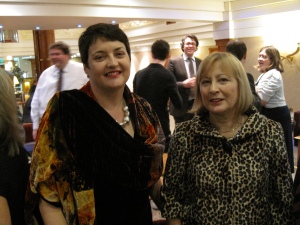 You will see me here pictured with Croydon North MP Malcolm Wicks who gave his own inimitable after dinner speech as did Gerry Ryan, the PPC for Croydon Central.  The local line up was completed with Councillor Jane Avis who acted as Master (or should I say Mistress) of Ceremonies.  Also pictured are GLA Member and former Leader of Croydon Coucil, Val Shawcross, and current Leader of the Labour Group on the Council, Tony Newman. 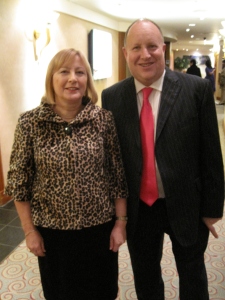