Whilst a strong supporter of the Olympics and the opportunities it will offer the vibrant capital  that is my home, I am deeply concerned that unless decisive action is taken quickly the games may spark a rise in prostitution.

Fortunately, it now seems that the Metropolitan Police are beginning to share these concerns. A report they published this week  warned that an increase in prostitution and trafficking linked to the Games would put women at risk.
Over a million construction workers are set to work on the site over the next three years, when added together with spectators and athletes cxould a fuel a sex trade time bomb. 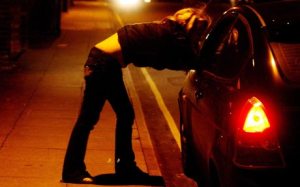 During the Athens Games, sex trafficking almost doubled and there were reports of sex attacks in the athletes’ village at Sydney in 2000.

The BBC reported yesterday that a  small increase in the number of trafficked women working in the five Olympic host boroughs has already been noted.

Previously when I have approached the police and the councils concerned on these issues they have backed away from making any link between sex crimes and sporting events, even when I used figures showing dramatic increases in trafficking in w0men around the Germany World Cup, which I also used to call for greater protections for women in last years Euro 2008 on Women’s Hour last year.
Given that the Met are now responsive on this topic I will look to work with them on reducing the risk to London women, caused by a potential surge in teh sex trade around the Olympics, over the next three years.

As any regular readers of my blog will know, I am a dedicated campaigner against the trafficking of people. So it is music to my ears to hear that pop channel MTV have created a campaign called MTV EXIT, which stands for End Exploitation and Trafficking.

As I blogged about last week,  alternative rock band The Killers have partnered with UNICEF and USAID to produce a music video that dramatically highlights the dangers and impact of trafficking for sexual exploitation, particularly for young women.

It is now released and you can see it here:

MTV Exit say that this video is the second in a series of music video collaborations to highlight the dangers and impact of human trafficking. The campaign was launched last year with an award-winning film produced by MTV EXIT for the Radiohead single All I Need.

The Killers commented, “We are deeply shocked and appalled that women and children are forced into such exploitative situations. We hope that through MTV’s efforts and this powerful video that millions of people across the world learn about this tragic form of modern-day slavery”.

The Goodnight, Travel Well video will be released globally across all of MTV’s platforms in 168 countries. It has the potential to reach more than 500 million households worldwide.

I wholly support any efforts to make more people aware of this horrendous crime perpetrated on the weak and vulnerable in our society and exploiting them solely for the commercial gain and vicarious pleasures of others. Trafficking is truly crime that debases all of civilized society.

I’m not going to fall prone to claiming a modern day popular band as my favourite thing to wake up to!  But I am very pleased to read that popular rock band The Killers have joined together with UNICEF, USAID and MTV EXIT to raise awareness and increase prevention of human trafficking and exploitation.

The band are said to have made a powerful video for their new track Goodnight, Travel well highlighting the dangers of trafficking and the sexual exploitation of young women.

I look forward to seeing this video when it is released on Monday 13 July when I will feature it on this blog.