Now that the Liberal-Democrats have gone back to their constituencies to prepare for whatever coalition they think may give them some chance of being in government, this blog will use one post to review their performance.

The only item of real substance was Ed Davey’s call for more female Lib-Dem MPs. The party’s current standing – only 12% of its MPs are women – is pitiful, even compared to the generally low bar set by the British Parliament (which is only 22% female). Davey said it was “not good enough”. For a so-called progressive party the figures must be particularly galling. Even the world of finance – hardly a pioneering sector on these types of issue – does better than the Lib-Dems, with directors at UK banks now 20% female.

As a champion of gender equality in politics I would love to see more women across the British political parties. But unfortunately the Lib Dems’ lukewarm reaction to all-women shortlists does not fill me with hope. Minister for Care Norman Lamb, who purports to be an advocate of more women, nevertheless said he was “not very keen” on the policy. Others in the party complained that all-women shortlists would be undemocratic, by taking power away from constituency parties, and a survey found that the idea was deeply unpopular among Lib Dem activists.

Fears of positive discrimination or ‘tokenism’ make people wary of all-women shortlists. But the policy helped Labour, whose MPs are now 31% female, without detracting from the calibre of its candidates. And the European Parliament does even better, with 34% of MEPs now female. As several studies show, diversity drives standards up, not down.

The current 4:1 ratio of men to women in the UK Parliament is unacceptable. And the idea that quotas for women means a lower quality of candidate really doesn’t wash unless you think men are four times as equipped as women to run the country.

So how do we change this? Well, in my view concrete action rather than big talk is what is required. We need more all-women shortlists which have been proved to have an impact on the number of women in politics.

Unfortunately for the Lib Dems decisive steps of this kind seem to run counter to the laissez-faire ethos of the party. As a result I fear that very little will change for them in the immediate future, and they will continue to lag behind rather than lead the gender equality debate.

A petrol crisis emerged last week in the UK which was entirely of the coalition government’s own making.

Following irresponsible comments by cabinet office minister Francis Maude suggested that people should store petrol in jerry cans (in preparation for an impending strike, which for the time being does not look set to happen).

This was further compounded a day or so later by energy minister, Lib Dem Ed Davey who told the public, in an interview for the BBC, but also here on the Telegraph, that people should ensure their petrol tanks are slightly more full than usual, maybe two thirds full instead of the average one third full.

These unhelpful comments were going to cause equal amounts of unrest and inevitably it lead to further panic buying.

As Labour’s shadow home secretary, Yvette Cooper, rightly pointed out at the end of Andrew Marr’s breakfast show on Sunday (1 April), the government was seeking to make a political point and it couldn’t have chosen a more irresponsible way of doing so. It created a national panic and had to go to lengths to address the situation it had created.

Health Secretary, Andrew Lansely, offered a weak defense yesterday during Sky News’ Dermot Murnaghan programme, which you can read about here in the Telegraph.

She unveiled plans which would ensure the Police are forced to respond to every single complaint about anti-social behaviour within 24 hours under plans unveiled by Labour.
This is a far tougher stance than moves planned by Home ¬Secretary Theresa May. Her plans, which will be launched in a trial later this summer, will only work when five ¬different residents make a complaint, only then will police and councils are forced to act.

Cooper condemned this move in her article as ‘crazy’ the Tory plan to force at least five neighbours to complain about anti-social behaviour before any action is taken and vows ¬Labour’s response would be much tougher.
She also criticises the government’s decision to get rid of ASBO’s a successful way of targeting anti-social behaviour which was set up under the last Labour government. You can read her article in yesterday’s Sunday Mirror here.

Last week I reported on The House of Lords Constitution Committee has just produced a report which warned targets may be required in order to encourage more women and ethnic minority judges in the same was as quotas for company boards is under consultation. The aim, of course, is to better reflect society, and the aim is to do this in the next five years. You can read more on my blog here.

Heavy cuts are to hit local authorities following the CSR and it is the old, lonely and children who will bear the brunt of the cuts.  Even so I was still quite shocked to read in todays’ Observer a leaked document which revealed exactly how devastating the consequences of these cuts will be after a document was leaked by an inner city London Council to the Observer. You can read the full report here.

The reality of the cuts planned by unnamed inner city London Council couldn’t be more bleak. Streetlights will be switched off at night, roads will be swept less often, council tenants will be refused repairs on their homes, potholes will not be fixed, swimming and sports centres will see their fees increase and luncheon clubs, play groups for children youth clubs and breakfast clubs will all be cancelled, writes the Guardian.

Heavy cuts to non-essential services such as lunch clubs for the elderly will be hit first, followed by street lighting and an increase in local leisure centre charges. The problem with the cuts is that they will have a devastating effect on the members of our communities who need them the most, and who are the most vulnerable.

And the cuts are (inadvertently) being endorsed by the very people who wouldn’t notice if they were there or not. As politicians some might argue that they are well-meaning, but as Nick Cohen points out in a later article in the paper, the coalition Government made up of the privileged David Cameron, George Osborne and Nick Clegg (to name just three) can not possibly understand how the system mistreat’s the vulnerable, poor and inarticulate. There is no hope if the Government insists on peddling down this path.

Big society?  More like the creation of an enormous firework I’d say… You can read Nick Cohen’s article here. 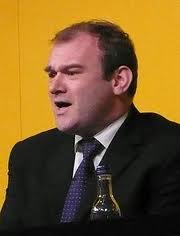 The future of  the Post Office is once again a concern for all. The Labour Party had planned to use Post Office’s to help those who wouldn’t otherwise be able to afford it to get affordable credit. But the Postal Affairs Minister, Ed Davey, is expected to announce he will scrap the plan and instead make them ‘one stop shops’ for all Government services.

But senior labour sources argue they will be nothing more than glorified internet cafes – rather than somewhere to offer people badly needed access to cheaper loans. Vincent Moss has an exclusive story in today’s Mirror which you can read here.