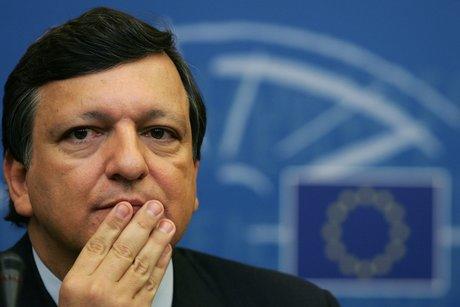 “They must live on Planet Zog”, a very apt quote from Glenis Willmott, EPLP Leader on the views of some socialist colleagues regarding Mt Barroso’s desire to stand as European Commission President for another term.  While two terms is not without precedent, I think five years is enough time in the job and the oleaginous Barroso should go the way of all politicians and gracefully make his way to pastures new.

In addressing the European Parliament today Barroso was the same as ever – non-committal and not inspiring.  I say this not just because he’s a centre right politician; there are after all plenty of those who will take every opportunity to tell you what they think.  It’s rather that he really does prevaricate.  The current line that it is difficult to take positions prior to the ratification of the Lisbon Treaty, which will probably, but not absolutely definitely, happen if and when the Irish have their referendum.  (Others such as the Czechs could still throw a spanner in the works).  Though he has a point, he would be more convincing if he didn’t always find reasons not to take a stand.

Barroso’s view has highlighted a very real problem currently facing the EU, namely the paralysis of the Lisbon Treaty.  If it were to go through the Treaty would mean fewer Commissioners, the President of the Council in situ for two and a half years and the appointment of a High Representative for Foreign Affairs.  Clearly it would not be sensible to introduce anything at this moment which would conflict with this.

Yet there is, I believe, the far greater issue of lack of interest in the EU in general, and if it’s not apathy it’s hostility, as shown when France and Holland rejected the ill-fated Constitutional Treaty.  After all, who has heard of Jose-Manuel Barroso?  The Commission President is hardly a household name in the UK, and I understand it’s the same across most of Europe.  Today MEPs have spent almost the whole time listening to Mr B and discussing whether or not to support him, and all in the cause of some relative unknown heading a major part of the EU which itself is becoming more and more disliked and further from the concerns of the vast majority of people.

There are in the European Parliament those who are passionately pro European integration and see the European project as a grand pan-European scheme to which Members States should not only subscribe but positively revere.  This is also the view of most senior staff in the European Commission.  On the other side there are the sceptics who are anti the whole EU concept.  The longer I stay here, the more apparent this division becomes.  It is not just a left-right divide, but transcends party politics.  It is, however, not helpful for the future of the EU.  Both sides are living on Planet Zog; the EU is here to stay and  for the foreseeable future there will be no change to the powers and perceptions of the Member States.

The European Parliament would, I believe, have considerably more credibility if the majority of mainstream MEPs adopted a “Third Way”, being more pragmatic and allowing  reality to enter the debate.  The European Parliament is not the place to carry out a grand political project, or at least not the kind often espoused by my colleagues.  The failure to do this has allowed the sceptics to come to the fore to such an extent that there are now 110 Euro sceptic MEPs.  I believe the European Parliament has an important role to play in ensuring fairness across the internal market, allowing all member states to compete on an equal footing.  There are also vital matters such as climate change which know no borders.  Let’s stick to what we can do and cut the dreams of something bigger, though not necessarily better, down to size.